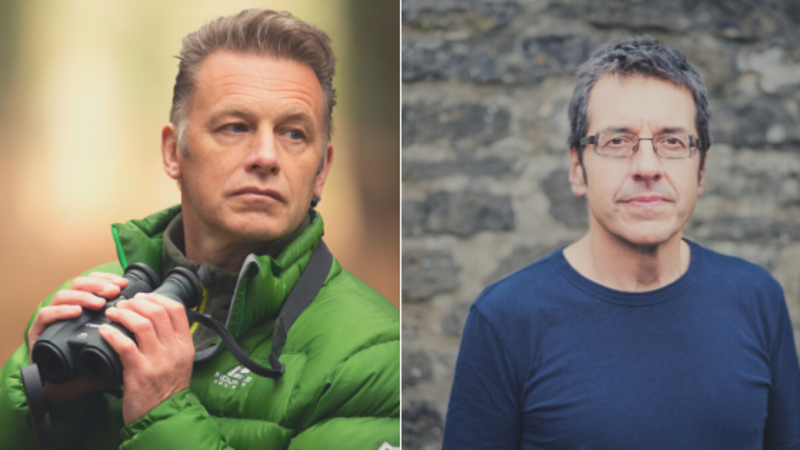 Festival of Debate is thrilled to announce two of the best-known and best-loved climate activists in the UK as keynote speakers in its upcoming 2020 programme: TV presenter Chris Packham (Friday 8 May, Octagon) and author and journalist George Monbiot (Thursday 14 May, Octagon).

Starting his career as a wildlife camera man, Chris Packham is best known as the presenter of popular programmes like Spring Watch, but is also a passionate and committed activist for conservation causes the world over, as well as a wider advocate for radical action to tackle the climate crisis. Chris' talk will be titled 'Fear of Being Afraid is Costing Us The Earth'.

George Monbiot spoke at the first Festival of Debate in 2015, so it's a pleasure to welcome back the seasoned activist, passionate campaigner and acclaimed journalist. His most recent book, 2017's Out of the Wreckage, feels more fitting than ever, subtitled 'A New Politics for an Age of Crisis'. The title of George's talk will be 'System Change, Not Climate Change'.

Since its launch in 2015, Festival of Debate has become one of the largest annual events of its kind in the UK, hosting over 70 events across a six-week period exploring the political, social and economic issues of the day.

Coordinated by Opus, the social enterprise behind Now Then, the Festival of Debate 2020 programme is currently being finalised and will be launched in full on Monday 2 March, with talks, panels, workshops, films, music, art, theatre and loads more happening in Sheffield, Rotherham, Barnsley and Doncaster from 14 April to 31 May, delivered in association with partners across the region.

Stay tuned to socials and the festival website for updates as the full programme is launched on the 2nd March.

Blade Runner & The Running Man double-bill screening at the Ab...