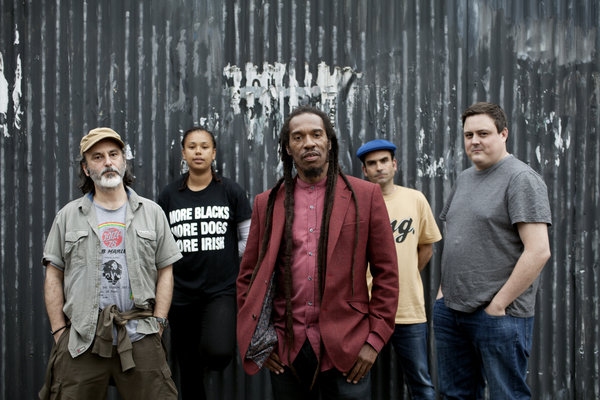 Widely celebrated as one of the greatest poets of his generation, Zephaniah is strongly influenced by the music and poetry of Jamaica and what Benjamin calls “street politics”.

His poetry, books and plays have captivated hearts and minds, fuelling imaginations and winning him a legion of fans all over the world.
Created alongside his accomplished producer and collaborator The Sea, Revolutionary Minds album is a deep selection of dub-reggae juggernauts, the essence and style of which fully reinforce the messages projected through Zephaniah’s powerful lyrics.
Revolutionary Minds is a chance to experience Zephaniah’s innovative talent in full force; a triumphant creation of emotional songs that highlight the poignant global issues faced by society today.

Appointed as Sheffield’s poet laureate by Lord Mayor Magid Magid, Otis Mensah is a young story-teller-rapper-poet with a talent for drawing the poetic from the everyday happenings in his life.

The alternative hip-hop artist has risen from a new wave; age and era, embodying a contemporary, poetic take on hip-hop music.