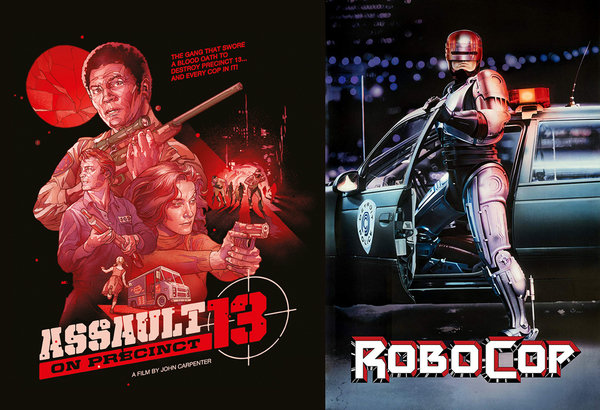 The 1976 thriller Assault On Precinct 13 from legendary director John Carpenter, follows a small group of law-enforcers and law-breakers, trapped inside a police station as they defend against an attack from an LA gang and try to survive the night, in this unrelenting cult classic - featuring one of John Carpenter's most iconic film scores.

Part of our 'Law & Order' double-bill, alongside a special 35mm screening of another crime classic - RoboCop (1987).

While in pursuit of a sadistic criminal, Officer Alex Murphy is brutally gunned down in the line of duty.
The OCP (Omni-Consumer-Products), the corporation who hold ownership of the Detroit Police Department, take Murphy and turn him into their latest weapon against crime - a cybernetically enhanced law enforcer.
Released at the peak of 1980's excess, RoboCop is an enduring social satire and sci-fi classic that continues to thrill.