Tales of Whatever: Jonny Pelham - Off Limits 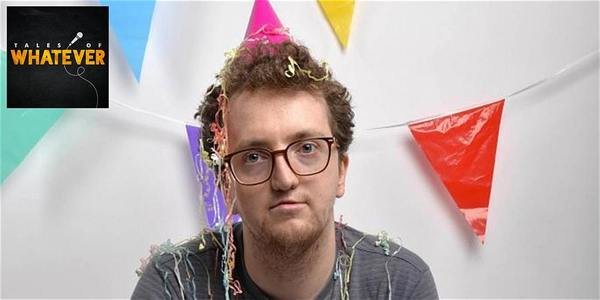 We are delighted to present one of the very best shows from Edinburgh 2019. Jonny Pelham - Off Limits

Jonny has something to say that’s usually off-limits for dating, family gatherings, hanging out with mates and most social situations really… So what better place to talk about it than in a comedy show with a bunch of strangers?

Off Limits is a personal, provocative and hilarious hour that should not be missed.

As seen on Russell Howard's Stand Up Central and Live from the BBC.

Support: Pope Lonergan
Pope is a wonderful comedian and human being and will be previewing 30 mins of new material in the first half of the show.

Pope Lonergan is a comedian, Quaker, drug addict and creator of ‘Pope’s Addiction Clinic’ and ‘The Care Home Tour’. As heard on BBC Radio 4.

Tales of Whatever is a true storytelling show hosted by Mark Powell and Lee Moore. More info on our facebook page and at www.talesofwhatever.com

“Conversational, funny and inclusive” The Guardian