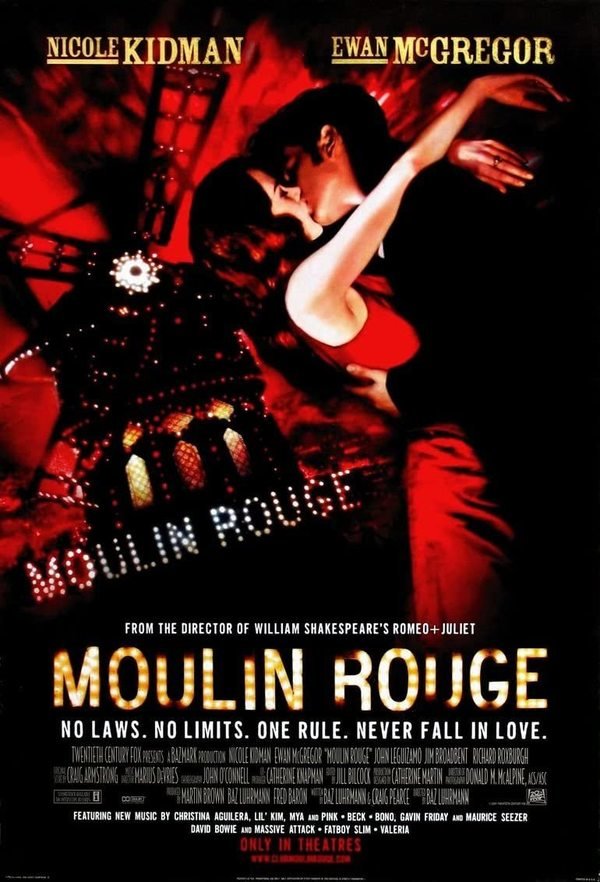 The third film from Baz Luhrmann. Ewan McGregor stars as Christian, who leaves behind his bourgeois father during the French belle époque of the late 1890s to seek his fortunes in the bohemian underworld of Montmartre, Paris.

Christian meets the absinthe- and alcohol-addicted artist Henri de Toulouse-Lautrec, who introduces him to a world of sex, drugs, music, theater, and the scandalous dance known as the cancan, all at the Moulin Rouge, a decadent dance hall, brothel, and theater that's the brainchild of Harold Zidler. Christian also meets and falls into a tragically doomed romance with the courtesan Satine (Nicole Kidman), who becomes the star of the play he's writing, which parallels the couple's romance and utilizes rock music from a century later.

Doors open at 7pm.
Trailer starts 8pm.
Bar by the Feather Star and Wood Fired Pizzas by the Sunshine Oven

Things to note:
- This is an outdoor screening so please bring your own seating and dress for the elements.
- There are only 200 tickets available per screening.
- There is limited parking on site for those less mobile
- The site is easily accessible by public transport and is walking distance from the town centre
- You will be able to purchase food and drink on the evening, with the bar being provided by our friends at The Feather Star (ID may be required)